The Dallas Mavericks are rumored to be signing free agent guard Frank Ntilikina, a move that could kill all the hopes of the Mavs landing Goran Dragic to pair up with Luka Doncic. However, the decision still makes sense for a Dallas team looking for long-term solutions.

Sure enough, at first look, Frankie Smokes doesn’t move the needle for the Mavs in terms of being a contender–much like the rest of the moves the Mavs made in the offseason. Nonetheless, given his age and skillset, it’s a low-risk gamble that could pay off nicely for Jason Kidd and Co.

It’s still unknown what kind of contract the Frenchman will sign with the Mavs, but there are several reasons why Dallas is right to at least take a look at the young guard and see what he can do for the team.

After ranking 20th in defensive rating in 2020-21, the Mavs certainly need a guy who could help them in that area. Frank Ntilikina–for all the criticisms on his offense–certainly fits that criteria.

The Mavs surrounded Luka with a lot of shooters this offseason, so it was only natural for them to find someone to bolster the defensive end.

It’s unfair to evaluate Ntilikina’s performance from his previous seasons with the New York Knicks since he has never been given an opportunity to grow and get more confidence with his game. He was practically playing behind Derrick Rose, Immanuel Quickley and Elfrid Payton.

He has shown flashes of brilliance and untapped potential on offense. Let’s get it straight: he won’t be the point guard of the future for the Mavs, but his skills and tools present an opportunity for Dallas to get a role player who can create mismatches.

He is 6-foot-6 with over 7-foot wingspan, something you can’t easily get from any point guard. In 2020, Utah Jazz star Donovan Mitchell even said the youngster was one of the toughest defenders he ever faced. Now that’s some solid recommendation!

“He’s one of the toughest defenders I ever have to face…it’s great the Knicks continue to give him multiple shots because he deserves it” pic.twitter.com/WMEWFptqhZ

Being mentored by Jason Kidd could also be a blessing for Frank Ntilikina and the Mavs.

Frank has never been a good 3-point shooter, with career averages of 32.8 percent. But do you know a player who averaged just 32.1 percent from deep in his first four season before being able to improve it to over 40 percent in his career? Yup, that’s Kidd.

Kidd can undoubtedly help unleash the untapped playmaking and offensive potential Ntilikina, which makes the signing even more interesting. He won’t be the next Kidd, but if he can improve his shot and make full use of that versatility that he has, then it’s more than enough to elevate the Mavs and give Doncic some help.

Working with Kidd long-term means Ntilikina has to prove himself in training camp, though, especially since the team doesn’t have an open roster spot at the moment.

Ntilikina has already been in the league for four years, but don’t let that fool you: he’s just 23 years old and still has a lot of room to grow.

If there is one thing the Mavs have, it’s time. While the call for Dallas to build a contender around Luka is understandable, the team has never really been a free agent destination. With that, Mark Cuban and Co. have to focus on player development and find diamonds in the rough that could help them contend in the future.

After locking Luka to a long-term deal, Dallas still have time to find those pieces that could propel them to title contention. While some would say Goran Dragic should have been the team’s target due to his proven playmaking and relationship with Doncic, the fact is he’s already 35 and his situation with the Toronto Raptors might make it difficult to land him.

Ntilikina, with his age, fits that mold of players the Mavs are looking. It is not yet too late for him and with a change of scenery, it might just give him the perfect chance to show what he can do.

It is also worth noting that the Mavs were interested in taking the young guard back in the 2017 draft before the Knicks snagged him at no.8–Dallas was set to pick at no. 9 and ended up taking Dennis Smith Jr. It just means the team has done his research on him way before and knows what he is capable of, and they are probably leaning on that knowledge in their decision to get Ntilikina.

Nothing is set in stone yet and the Mavs could very well end up not giving Frank a roster spot. But before anyone criticizes the Mavs for the rather underwhelming move, it would be better to look at how he performs. 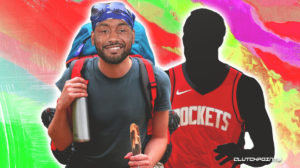