Coming off a blowout win from their Week 1 match-up against the Green Bay Packers, the New Orleans Saints put the entire league on notice and proved that they’ve still got a playoff contender at the helm with Jameis Winston as their new starting quarterback. After picking apart the Packers’ defense and torching their offense, the Saints took the football world by complete surprise and showed that they’ve still got the depth, talent, and firepower to go toe-to-toe with the best teams in the NFL.

Looking to build off of this momentum heading into their Week 2 match-up against the Carolina Panthers, New Orleans has a lot going for them after their dominant Week 1 victory. With the Saints looking to win back the NFC South and go on a deep playoff run this season, let’s now take a look at two big takeaways from their surprise beat down of the Packers this past Sunday.

Jameis Winston is playing like the former first overall pick

After throwing for five touchdowns and 148 yards while completing 70% of his passes, Jameis Winston looked like the first overall pick that had everybody talk of the league back in 2015. Just one game into his tenure as the starting quarterback for the New Orleans Saints, Winston looks primed for an MVP-caliber season where he’ll look to resurrect his playing career and keep the Saints in the thick of the NFC playoff picture.

Under the guidance of Super Bowl winning head coach Sean Payton, Winston looked more efficient than ever and will look to continually improve and and expand his game as the season progresses. Aiming to give the Saints new life in 2021 and keep them atop the NFC South, Jameis Winston has already shown what he’s capable of as the new man under center in New Orleans.

Despite the Saints blowout win against Green Bay on Sunday, Taysom Hill and Alvin Kamara weren’t huge factors, but it can definitely be expected that they’ll both post big numbers against the Panthers next weekend. Even though Kamara was their leading rusher last Sunday, he didn’t put up eye-popping numbers or have any passing receptions.

As one of the best dual-threat running backs in the game, Kamara is at his absolute best when he is utilized as a multi-purpose back that keeps the chains moving for the Saints. So in Week 2, look out for him to be a major contributor in their offense with a potent rushing and receiving game. On the other side, Hill had a very minimal role on offense and seemed to be non-existent in the Saints offense in Week 1.

In his previous seasons with the team, Hill has served as the ultimate flex player in their versatile offense. With his ability to play quarterback, running back, wide receiver, or tight end, Taysom Hill has proven to be a lethal offensive weapon that has come through for them during pivotal moments. Given all he’s capable of and how crucial he’s been for the Saints over the years, it’s won’t be long before he’s back to his old ways and having a major impact in their new-look offense. 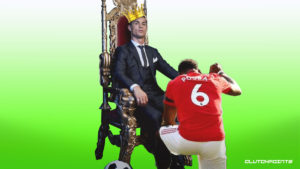